UgCS Video Components are available only for UgCS Enterprise licenses. The client receives the Enterprise package by the download link or requests it from [email protected]

• Monitoring of flights from command & control, flight planning in a 3D map environment

• Ability to control the camera of the drone from command & control 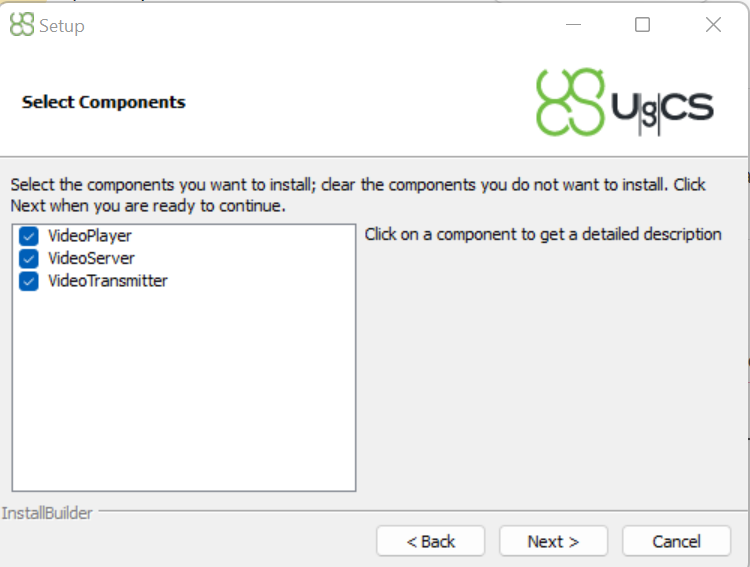 Installing UgCS-CC and UgCS on the same PC:

Note: Wired connection is required between the server PC and the router

Installing UgCS-CC and UgCS on two PCs with additional users:

Use the first PC to install the UCS server and Geoserver.
Use the second PC to install VideoServer and VideoPlayer.
Other PCs – depending on the need, either VideoServer and VideoPlayer or\and UgCS Client.
To connect the client to Geoserver see Configuration of UgCS Client.
The following settings are defined for the situations when the client and the server are on different PCs.
Such configuration allows increasing security by integrating drones with an existing security system.